British Heart Foundation and 2020health on the same page

2020health welcomes the latest report published by the British Heart Foundation (BHF) ‘The 21st Century Gingerbread House’. What particularly resonated with us where the two calls to action: 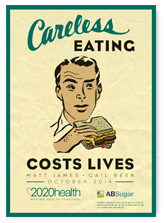 taken, highlighting that children have become a particularly common target for junk food advertisements during prime time TV slots (Molloy 2014).  The BHF have previously reported that youngsters who watch family-orientated television shows are being bombarded with up to 11 unhealthy food advertisements every hour. If we take into account the time spent on line, using other media outlets including static advertising, a child’s life is surrounded by advertising of any number of unhealthy foods.  Healthy food messages and the ability to make healthy choices can easily become overwhelmed.

Our findings demonstrate that current legislation bans junk food advertising during children’s programmes, but for many youngsters their viewing peaks around 8pm. Crucially this legislation also does not cover the internet. Online brands can legitimately broadcast adverts to anyone who cares to watch them.  Taking steps to try and regulate online advertising is difficult to enforce and continues to prove challenging, but despite the challenges involved action must be taken.  One of our recommendations was that ‘The ban on advertising of unhealthy foods aimed at children should be extended to day-time TV, from 7am to 9pm.’ 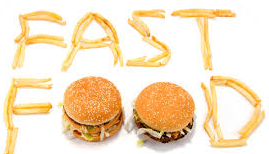 We also recognised that just tackling advertising was clearly not enough.  We noted that in neighbourhoods with high densities of fast food outlets (Li et al, 2009 & Pruchno et al, 2014), there is a direct correlation with the increase in consumption of processed food (St Onge et al, 2003). In Tower Hamlets, one of the most deprived boroughs in England, it was found that one in five children (20 percent) was obese and a third overweight. This prompted the council to commission the development of a management framework for managing the number and location of hot-food takeaways.

Building on this and other initiatives we recommended that a licensing procedure should be introduced to control the location of fast food outlets in a local community.  As part of this a health impact and assessment should be made a core component of the development process for town planning.

If we are serious about protecting our children and preventing another generation from the risks of becoming obese we need to bite the bullet.