Ludicrous advice on genetic tests from the government advisory body

The recommendation from the Human Genetics Commission (HGC) that teenagers should 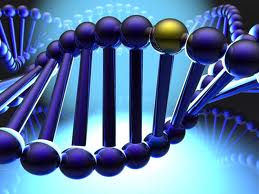 have genetic tests before becoming sexually active is ludicrous (reported in Telegraph).

Not for the first time the HGC are making recommendations that could be called at best inadequate. Last time it was when they flinched from protecting the public from over-the-counter genetic tests, saying the manufacturers should adhere to good “principles” instead of ensuring the public weren’t fleeced and led astray by buying misleading kits.

This latest advice falls down on every measure: accuracy, validity, cost and ethics. Firstly genetic tests often don’t give an absolute answer – they give a probability which can be misinterpreted, especially if the test is taken in isolation from other tests.

Then there is the issue of validity – even apparently simple one-gene diseases can have many mutations, some of which cause varying degrees of severity or no symptoms at all. Most conditions have multiple genes and we don’t even know what they all are.

Thirdly, the cost. The tests cost several hundred pounds but a round of pre-implantation genetic diagnosis (PGD) and IVF costs about £5,000. Across the EU, according to latest figures, PGD was used in only about 1% of cases of IVF. We can’ afford it and we don’t have the capacity to deliver it and they haven’t done a cost-benefit analysis of screening healthy teenagers either.

And finally the ethics. We are implying to teenagers that they can eliminate disease and design their babies. This is false. We can’t eliminate more than two genes at the very most in a round of PGD (usually it’s just one), and we have not thought through as a society the consequences of encouraging genetic selection. Disabled people already suffer significant discrimination – what will we be saying as a society if the pursuit of a ‘perfect’ offspring becomes the expectation?

2020health recommends that the government rejects the HGC recommendations and that it would be much more beneficial to spend more time educating children on healthy eating!

Julia is a social pioneer, writer and campaigner. She studied visual science at City University and became a member of the College of Optometrists in 1991, later specialising in visual impairment and diabetes. During her career in optometry, she lectured at City University, was a visiting clinician at the Royal Free Hospital and worked with Primary Care Trusts. She ran a domiciliary practice across south London and was a Director of the UK Institute of Optometry. Julia formed 20/20Health in 2006. Becoming an expert in digital health solutions, she led on the NHS–USA Veterans’ Health Digital Health Exchange Programme and was co-founder of the Health Tech and You Awards with Axa PPP and the Design Museum. Her research interests are now in harnessing digital to improve personal health, and she is a PhD candidate in Human Computer Interaction (HCI) at UCL. She is also dedicated to creating a sustainable Whole School Wellbeing Community model for schools that builds relationships, discovers assets and develops life skills. She is a member of the Royal Society of Medicine’s Digital Health Council. Julia has shared 2020health's research widely in the media (BBC News, ITV, Channel 5 News, BBC 1′s The Big Questions & Victoria Derbyshire, BBC Radio 4 Today, PM and Woman's Hour, LBC) and has taken part in debates and contributed to BBC’s Newsnight, Panorama, You and Yours and ITV’s The Week.
View all posts by Julia Manning →
This entry was posted in Genetics and tagged genetics, HGC, IVF, PGD, sex, teenagers. Bookmark the permalink.