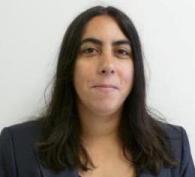 Most readers of 2020Health will be concerned about the rising tide of diabetes – some may even have heard that there is a new push on prevention. As Diabetes Week 2015 begins, here’s some more detail on the heralded National Diabetes Prevention Programme (NDPP), jointly being developed by NHS England, Public Health England and Diabetes UK

A few facts and figures first. It’s announced this week that 3.3 million people in the UK now have diagnosed diabetes – and another 590,000 people have undiagnosed Type 2 diabetes. It’s a staggering and shameful fact that someone is diagnosed every three minutes, especially when evidence exists that up to 80 per cent of cases of Type 2 diabetes are preventable, or at least onset can be delayed by up to five years.

More than 20,000 people with diabetes die before their time every year. The condition is a leading cause of preventable sight loss in people of working age and is a major contributor to kidney failure, heart attack, and stroke. As well as the human cost, diabetes accounts for around 10 per cent of the annual NHS budget – £10 billion a year.

Many whole-society measures are necessary, including reformulation of food and drink products to reduce sugar and fat, and a reduction in portion size. Whole population health could improve if such measures were taken systematically. But we know as well from five international randomised control trials that high risk people who go through a programme focussing on improving diet and exercise will significantly reduce their risk of getting Type 2 diabetes.

That’s where NDPP comes in. We will deliver at scale, an evidence based lifestyle change programme focused on lowering weight, increasing physical activity and improving the diet of those individuals identified as being at high risk of developing Type 2 diabetes.

The singular aim of the programme is to reduce people’s risk of developing Type 2 diabetes across England. This will improve the health of the nation whilst at the same time relieve the system of a major financial burden, both in reducing costs of day to day diabetes management, but also potentially reducing the much higher costs of managing complications such as limb amputation.

The NHS Health Check programme will provide a key referral route into the programme – many GPs already say they wished they had a programme to refer people onto once the Health Check shows them to be at high risk. There will also be other referral routes into the programme – all based around a NICE validated risk score, and pharmacists, GPs and community groups will all play a key role here. Often GPs will already have identified individuals at high risk and will have information on their systems enabling them to refer into the NDPP.

The NDPP is undertaking a review of existing diabetes prevention programmes to establish an evidence base of effective interventions, and this will be published later in the summer. We are currently working with seven local ‘demonstrator sites’ (Birmingham South and Central CCG, Bradford City CCG, Durham County Council, Herefordshire CCG/LA, Medway CCG/LA, Salford CCG/LA and Southwark Council and CCG) to learn practical lessons from delivery, testing and evaluation approaches.   The demonstrator sites will pilot new approaches and help co-design the service. We’re also setting up reference groups of experts to inform clinical design, and patients to inform the design from a user experience perspective. During 2015/16 we are hoping to target up to 10,000 people to participate in an intervention. Procurement planning is also underway for future national roll-out, as is planning for evaluation of the scheme, to provide the robust evidence of efficacy here that was shown in international trial

The NDPP has the potential to be a truly game-changing programme, reducing pressure on the system, helping people regain better health, and delay or stop a diagnosis of Type 2 diabetes, a progressive and ultimately severe condition

If you want to receive regular information on the NDPP please email diabetesprevention@phe.gov

Julia is a social pioneer, writer and campaigner. She studied visual science at City University and became a member of the College of Optometrists in 1991, later specialising in visual impairment and diabetes. During her career in optometry, she lectured at City University, was a visiting clinician at the Royal Free Hospital and worked with Primary Care Trusts. She ran a domiciliary practice across south London and was a Director of the UK Institute of Optometry. Julia formed 20/20Health in 2006. Becoming an expert in digital health solutions, she led on the NHS–USA Veterans’ Health Digital Health Exchange Programme and was co-founder of the Health Tech and You Awards with Axa PPP and the Design Museum. Her research interests are now in harnessing digital to improve personal health, and she is a PhD candidate in Human Computer Interaction (HCI) at UCL. She is also dedicated to creating a sustainable Whole School Wellbeing Community model for schools that builds relationships, discovers assets and develops life skills. She is a member of the Royal Society of Medicine’s Digital Health Council. Julia has shared 2020health's research widely in the media (BBC News, ITV, Channel 5 News, BBC 1′s The Big Questions & Victoria Derbyshire, BBC Radio 4 Today, PM and Woman's Hour, LBC) and has taken part in debates and contributed to BBC’s Newsnight, Panorama, You and Yours and ITV’s The Week.
View all posts by Julia Manning →
This entry was posted in Diabetes, NHS, NHS England, Public Health and tagged diabetes, Diabetes Prevention Week, Diabetes UK, NDPP, NHS, NHS England, NHS Health Check programme, Public Health England. Bookmark the permalink.