Last year I wrote a blog, (dementia..what’s  in a name) considering the importance and implications of labeling someone with “Dementia”. I  know still from many anecdotal conversations, that some older people are very worried about attending their GP in case they should be met with a Cognitive based assessment, rather than their repeat prescription review.

Recent research has assessed the link between anxiety, Alzheimer’s and Dementia.  The Baycrest Health Sciences Rotman Research Institute  has  highlighted that people with mild cognitive impairment,  decline significantly faster towards dementia from Alzheimer’s disease, when they also suffer from anxiety. Researchers evaluated material from the Alzheimer’s Disease Neuroimaging Initiative, and evaluated  anxiety and depression, with cognitive function and the structural brain cortical changes – in nearly  400 adults between 55-91 years ( all had  amnestic MCI and were not depressed)  each person was monitored at 6 monthly intervals over a 36-months.

The results identified that in  mild, moderate, or severe anxiety, the risk of progressing to dementia from Alzheimer’s was increased by 33%, 78%, and 135%. 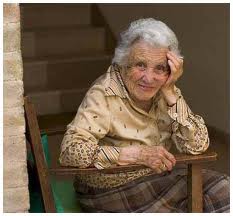 s concluded that this suggests  anxiety is a predictive factor for converting to Alzheimer’s, however, Medscapes recent choice of title ” Anxiety: Speeding the decline to Dementia?” is poignant and does beg for consideration – which comes first?

This is yet another issue that patients with MCI may worry about and yet another ethical and real concern for physicians and their teams, when balancing the all important holistic long term care in such chronic conditions.

A Patients Personal Perspective:
In the weeks before Christmas I went for my flu and pneumonia jabs.  I had been phoned by the surgery to go and was seen by the doctor’s assistant.  The relevant jabs were given and then with no warning I was told I had to have a memory test.  No rationale was given; the assistant launched into her script and then the questioning began.  I answered as best I could reciting the months of the year backwards from December, counting back from twenty to one and being questioned on a name and various details given before the questions were asked.  I have no idea how I did.  No result was given to me.  No explanation was offered as to why I had been chosen to have the test. I presume this was due to the fact that I am in my late 60s.  I had certainly not asked for this test, nor had its implications been outlined to me.

Do I have a bad memory?  Well it is not perfect but I manage pretty well most of the time.  If I had gone to the doctor with a problem or a relative had taken me because I was worried about my memory then I would have been grateful for such a test.  Now I feel I am just part of a money raising exercise by my practice and worried about my score! On this day where terminally ill NHS Doctor Kate Granger’s campaign – to have staff all greet us with #HelloMyNameIs – has hit the national headlines, it seems that having some manners and giving people the dignity of respect is where the NHS needs to start.

Julia is a social pioneer, writer and campaigner. She studied visual science at City University and became a member of the College of Optometrists in 1991, later specialising in visual impairment and diabetes. During her career in optometry, she lectured at City University, was a visiting clinician at the Royal Free Hospital and worked with Primary Care Trusts. She ran a domiciliary practice across south London and was a Director of the UK Institute of Optometry. Julia formed 20/20Health in 2006. Becoming an expert in digital health solutions, she led on the NHS–USA Veterans’ Health Digital Health Exchange Programme and was co-founder of the Health Tech and You Awards with Axa PPP and the Design Museum. Her research interests are now in harnessing digital to improve personal health, and she is a PhD candidate in Human Computer Interaction (HCI) at UCL. She is also dedicated to creating a sustainable Whole School Wellbeing Community model for schools that builds relationships, discovers assets and develops life skills. She is a member of the Royal Society of Medicine’s Digital Health Council. Julia has shared 2020health's research widely in the media (BBC News, ITV, Channel 5 News, BBC 1′s The Big Questions & Victoria Derbyshire, BBC Radio 4 Today, PM and Woman's Hour, LBC) and has taken part in debates and contributed to BBC’s Newsnight, Panorama, You and Yours and ITV’s The Week.
View all posts by Julia Manning →
This entry was posted in Uncategorized. Bookmark the permalink.