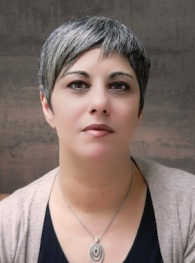 Emergency contraception has been a hot topic since its inception over 40 years ago. Frequently the subject of sensationalist reports, it is the only method that can be used to prevent pregnancy after contraceptive failure or unprotected sex, and has benefited millions of women around the world by preventing pregnancies they know they would not want.

We have chosen emergency contraception for our Sexual Health Week theme this year because of the endless myths and misconceptions we hear about how it works and what the options are. The phrase that will spring to mind for many people is “the morning after pill”. It’s understandable that this has slipped into everyday use – but in truth it is really unhelpful and misleading, and we believe it helps propagate a couple of myths that could act as barriers to women getting the help they need when they need it.

s there are three different methods of emergency contraception, and only two of them are pills. Further, none of the methods have to be used within 24 hours, or by the “morning after” to be effective. In fact one of the pills (ellaOne) and the emergency IUD (also known as the coil) can be used up to five days after unprotected sex, and the other pill Levonelle can be used up to three days after.

These are basic facts that – be it through lack of sex and relationships education or insufficient information from health professionals – unfortunately are not known by vast swathes of women, and indeed men, across the UK.

We surveyed more than 2,000 sexually active women* and found some glaring gaps in their knowledge and understanding. Across the UK almost two-thirds of women (62%) wrongly believed, or weren’t sure, that emergency contraception has to be used within 24 hours of unprotected sex to be effective.

More than one-third (36%) wrongly thought that you have to have a prescription to get any method of emergency contraception, or weren’t sure, and 63% thought repeat use of emergency hormonal contraception – the two pills available – can make you infertile, or didn’t know.

Another stubborn myth is that emergency contraception is like having an abortion – in fact one prevents a pregnancy and one ends a pregnancy, and it is very clear in medical guidance and the law that they are different. Yet one half of women surveyed thought this was true, or weren’t sure.

Where does that leave women to get their information from? The internet? Friends and family? Stubborn myths that seem to recycle for each new generation? We know there are many sources of less than trustworthy information out there, and unfortunately misinformation about emergency contraception can also be used as a tool by those with a less than pro-choice attitude.

During Sexual Health Week we are doing all we can to raise women’s awareness of what their options are, and give them evidence-based facts on which to base their decisions. We’re also talking directly to health professionals because the role is absolutely central to this. We’ve sent out more than 3,000 briefing packs to professionals who provide emergency contraception, and we want them to bear in mind the findings of our research as they go about their daily work, because it shows that there is more we can all do to tackle stigma and end ignorance.

*Survey of 2,509 UK women aged 16 to 54, of which 2,131 have ever been sexually active. All figures, unless otherwise stated, are from YouGov Plc. Fieldwork was undertaken between 22 and 25 July 2014. The survey was carried out online. The figures have been weighted and are representative of all UK adults (aged 18+).

This entry was posted in Uncategorized. Bookmark the permalink.